Why STEM Learning Is Important & How to Encourage It!

by Vanessa Vakharia The Math Guru

A fresh look into why S.T.E.M learning is so important and how to encourage your kids to pursue STEM even if they don’t already love math and science!

“So…what do you want to be when you grow up?”

Ahhh the age-old question. We hear it all the time, we ask it all the time, and seriously – did any of us know then? Do any of us even know now?! When I was a kid, I wanted to be radio DJ. That was quickly superseded by my ambitions to become a high power advertising executive which was then totally overridden by my dreams of becoming a super famous actress (and marrying Keanu Reeves, of course), which was then replaced by my dream of becoming a graphic designer which was THEN replaced by…you get the picture. Here I am today, the founder of a math & science tutoring studio, and a global speaker on the importance of encouraging diversity and interest in S.T.E.M  which stands for Science, Technology, Engineering and Math. Not quite what I imagined, and of course I wouldn’t have it any other way!

We have moved from a society which values education, effort and learning, to a society where everything is expected to lead to an instantaneous solution. School has become a place for kids to head on a super-speed linear path towards a career that they’re often expected to choose at a ridiculously young age. Learning for the sake of learning is a thing of the past; knowledge as beautiful rather than necessarily practical is totally out the window; effort is nothing if it doesn’t yield quantitative results. 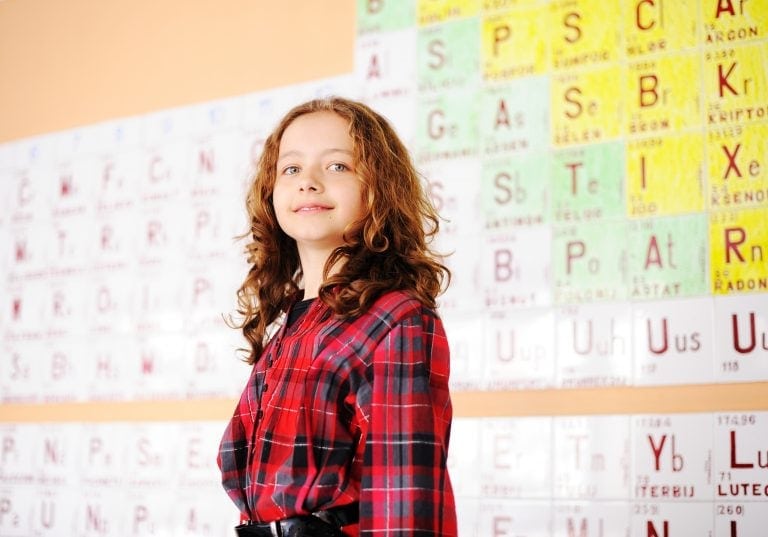 This is the landscape in which the “I’m not a math person” epidemic was born. It seems that the main argument used to convince our math-anxious kids to pursue STEM is tied to the fact that math and science can lead to high paying jobs. That’s all we talk about! For kids who find math and science boring or hard though, this isn’t the right form of motivation. For them, hard work isn’t exactly going to pay off if they don’t want the job anyways – so why should they even bother?

I’m going to be bold here and say that we’re focusing on the wrong things.

The pursuit of math and science in the face of adversity isn’t about money, career prospects, or even high marks; it’s about proving to yourself that you have the ability to work hard at something that scares you, and to gain the immeasurable reward of building life skills that will last you a lifetime.

So what life skills can your child gain from pursuing math and science?

One of the saddest things about the changing direction of the education system is the diminishing acceptance that failure is a necessary part of life. We tell our kids that if they fail, it’s the teacher’s fault – or even worse, that they should give up and instead try something they’re ‘good at.’ But think of all of the greats who failed – often multiple times – before succeeding! Bill Gates, Walt Disney, Steven Spielberg – even Oprah! Teaching our children to be motivated by failure is one of the greatest life skills they can learn from continuing to work hard in a subject area they struggle with. If math and science seem tough, remember that they’re simply obstacles – not absolutes!

I once had a student who was one of the hardest workers I had ever taught. She spent hours doing homework and attending tutoring sessions because she really, really wanted to get into a specific university program with a certain grade requirement. When she didn’t get in, I remember sitting with her while she sobbed, asking me what the point even was of working hard if it didn’t pay off in the exact way she wanted it to. I was totally taken aback – I couldn’t believe that to her, the value of working hard was entirely determined by this one metric and nothing else! Years later, and in a totally different university program, she constantly tells me how happy she is that she ended up where she did and that she had cultivated the work ethic to do well years before. Work ethic is something that lasts a lifetime – that has a potential for infinite rewards – not just the most immediate one in sight.

With pretty much everything at the tip of our fingers, we’ve turned into a society that believes things should always be easy – and if not, well then forget it. I mean, why spend time actually making a home cooked meal when we can just whip out our phones and order Uber Eats?! But let’s be honest – we all know how gratifying it can be to put time and effort into something and reap our hard-earned rewards. And let’s be honest – home cooking tastes way better than delivery! Getting high marks without much effort can be great, but often feels empty. Showing your kids that things that take time and effort are rewarding sets them up to deal with life, which ain’t always easy either! 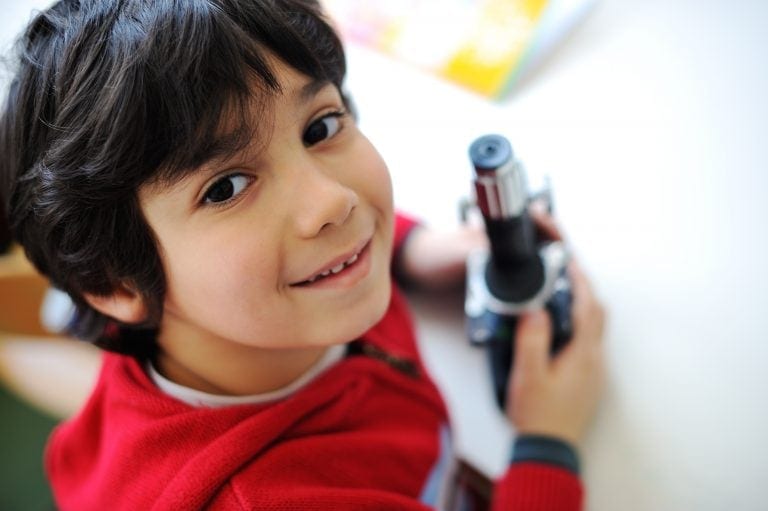 Just because something might be boring at first doesn’t mean that it’s actually inherently boring! Sure math and science can seem abstract and monotonous, but digging below the surface yields some of the most beautiful concepts in our entire universe! Teaching our kids not to judge a book by its cover (seriously, textbook covers are in desperate need of a makeover!) is one of the most valuable life lessons that you can teach them!

How can you encourage your child to stick with it?

Nothing says “yes you CAN” like a good inspirational story! Tell your kids about the obstacles you faced in your own life and how you overcame them. Read them biographies of amazing people who faced failure and worked their butts off to get where they are today. Thomas Edison was told that he was ‘too stupid to learn anything’ by his teachers! Michael Jordan was kicked off of his high school basketball team – can you imagine?! Bill Gates dropped out of university and had a failed business before starting Microsoft! My personal fave? Watch Eddie The Eagle and try to tell me that if that guy could make it to the Olympics despite having no actual talent, that you can’t possibly ever understand how to add fractions just because you failed one test! You can do it, your kids can do it – we can ALL do it. It just takes perseverance and effort, and THAT is something we all have control over!

2. Conquer The Myth Of Boredom.

Forget textbooks and worksheets, show your kids examples of math and science being used in real, actual life! Design an app using Kids App Maker, Kids App Creator, or Infinite Monkeys. Apps use math, technology, coding – all of the stuff your kids profess to not like or be good at will all of a sudden not only seem intuitive, but totally cool and useful! Conduct a super cool science experiment – they’re super fun and don’t need to take place in a lab. In fact, you’ve got a lab of your very own: your kitchen! Cooking, measuring, actually researching why cookies get chewy or hard when you cook them – these are all amazing ways to incorporate science into your day-to-day. If you’re looking for a more structured edible experiment, try Mental Floss’ list of 10 Science Experiments You Can EAT With Your Kid! Or this crazy candy chemistry set (Affiliate Link)! Already created and eaten all of the above? Try LifeHack’s 20 Awesome DIY Science Experiments You Can Do With Your Kid – there is some CRAZY stuff in there! 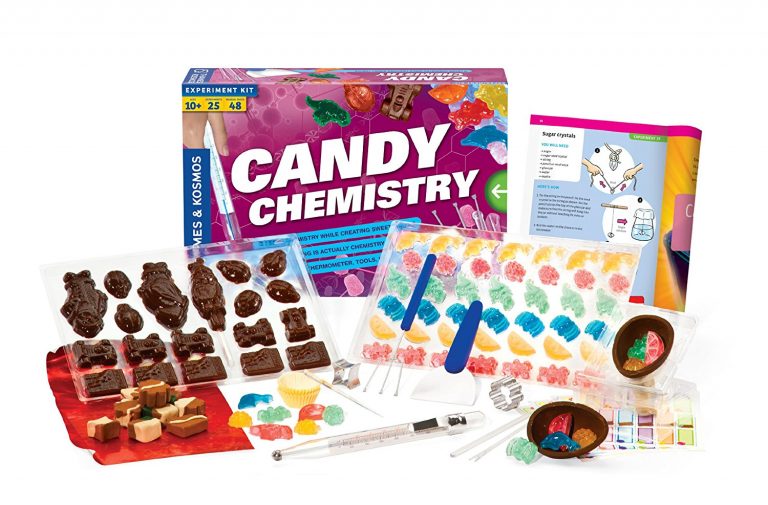 Sometimes kids, no matter how young (or old!), need real talk. Talk to your kids about values, morals and identities. Ask them what kind of person they truly want to be and become. Do they want to be the kind of person who gives up the second something gets hard? Or the type of person who refuses to take failure as a sign of weakness, who fights for what they believe in, who knows that they are capable of anything they set their mind to?! Spend an afternoon finding pictures of successful people who your child looks up to and inspirational words that describe what characteristics they have! Make a vision board as a reminder of what it takes to get to where your child wants to end up!

4. Give Yourself A S.T.E.M Learning Makeover.

Let’s face it… many of us don’t feel compelled to ask our children to stick with math and science because we didn’t really like it ourselves. As someone who failed Grade 11 math twice, I totally get it. I can say with absolute confidence that conquering your own fear of math and science can not only be incredibly empowering, but can set the ultimate example for your kids. Find an online course, get a friend to help you, or hey, conduct a science experiment yourself (the ultimate girl;s night – how fun does that sound?!) If you can, your kids can!

Teaching your kids to stick with math and science isn’t just about them getting a job or leaving doors open. It’s about teaching them work ethic, perseverance, and that they can be anything they want to be – even if the road seems bumpy along the way!

Can you think of any other life lessons that sticking with STEM can teach our kids? Have you had this conversation with your kids? Leave a comment below! 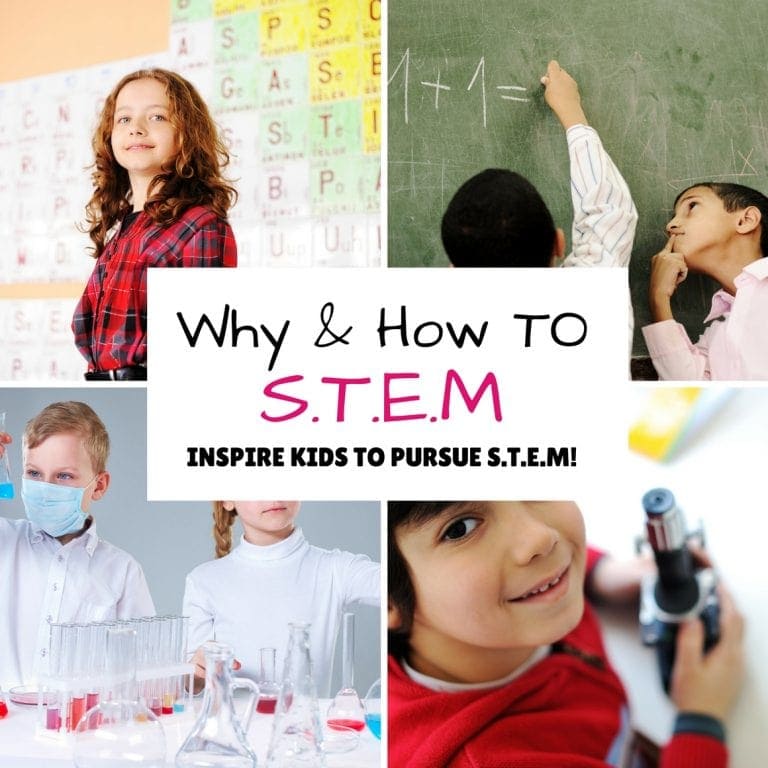