The Secret To Transitioning from A Swaddle Blanket – A Magic Sleepsuit Review & Giveaway!

Posted by Rachel (a.k.a The Analytical Mommy) | Baby, Reviews

If you have a baby between 3 and 9 months old, you’re going to love this!

Getting my second son to sleep well at night was a struggle from the day he was born. Unlike my first (who to this day can fall asleep anywhere, anytime…) my second seems to hate sleeping and resists it at every turn. For us, the 3-9 month age was especially tough, but luckily I found a magical product that saved the day! I’m excited to say that the makers of this magical product have graciously let me give one away to my readers! That giveaway has since ended and one lucky winner was selected, but you can still get one – see the links at the bottom.

My tagline used to be “Making the most of a sleep deprived world…”.
Why? Because I’ve been sleep deprived for most of the last few years! With one exception – when my second was either swaddled or in his Baby Merlin’s Magic Sleepsuit! This company was named right because this sleepsuit really is magic! I’m so excited to be able to giveaway one of these sleep suits, but before I get into that, I thought I’d give you a little bit of background and some tips for getting your baby to sleep.

What’s Swaddling and Why Do It?

Have you heard of The Happiest Baby On the Block? This is an amazing book written by Dr. Harvey Karp. In it, he explains why newborns cry so much. If you haven’t read his book, I highly highly recommend it. I know I’m oversimplifying it, but I don’t mean to plagiarize his book, so here’s a few key points you need to know (but, please… read the book! it’s great!):

In his book, Dr. Karp describes his “5 S’s method” that works amazingly well! It takes practice for sure, and doesn’t feel “natural” but once you get the hang of it, you’ll love it!

The swaddle is key to the 5 S’s method (actually it’s the FIRST S!)… But what do you do once they start breaking out of the swaddle and you need to stop using it?

That transition was terrifying for me when my second was about 3 months old because we already knew that he wouldn’t sleep without the 5 S’s or without being in my arms! I began to search the internet and I was so excited to find a solution!

In comes The Magic Sleepsuit®!

The Magic Sleepsuit is the perfect transition. It’s designed to be safe for babies who can no longer be swaddled (usually around the time they start to break out of it) but are not yet rolling over. (Once I started calling my son “baby Houdini” it was time to take him out of the swaddle). (Just an FYI…Some other signs that you should stop swaddling your baby are that they start waking up at night (more than before) despite being swaddled or they can roll over while swaddled or partially swaddled.)

I ordered a yellow Sleepsuit (I did not get these for free!) and knew it was a hit from the moment I put it on him. He was happy as could be in it whether he was tired or not! I liked to call my son a “Yellow Marshmallow” when he was in it, because, that’s exactly what he looked like! (see the photo!).

Basically, the Sleepsuit works by being just confining enough to keep the baby feeling secure and “cuddled” without being as confining as a swaddle blanket. It restricts their movement too so that they can’t wake themselves up in the middle of the night if they move around while sleeping (such as reflex movement – not rolling over).

The suit does look a bit “heavy”, so I was originally concerned that my son would overheat, but it’s actually not a problem! First, the sleepsuit is designed with your little one’s safety as the first priority! Your little one’s feet and hands will be exposed and this helps with air circulation to regulate their body temperature. They also have a Microfleece version which is great for year round, and a new cotton one which should be great for the summer! We used the Microfleece suit, with just one layer of clothes (as they recommend) and on especially hot nights, made sure the AC was on. Our little one was comfortable as could be and slept so well!

The neckline is also really nice and wide. They did this so that the suit can’t ride up and cover your little one’s face. This was really important to me when I was looking for a solution (there are some horror stories online about OTHER “solutions”). I liked knowing (and seeing) that no matter how he moved in the suit that it wouldn’t cover his face.

The suit also has 2 nice long zippers along the front. This makes it super easy to get your little one in and out of the suit, and also makes diaper changes easier! (Let’s face it, it’s inevitable that you’ll need to change a poopy diaper while they are in it… so that’s a nice perk!).

Lastly (for now), the suit is extremely well made! I had two of these suits and washed them multiple times (and even put them through the dryer a few times) and they never frayed or broke… It’s really nice to buy something that works well AND holds up well!

Okay… you’re probably wondering how much this magic solution costs right? It’s just $39.95 per sleep suit! (BUT, a few times a year you can get them at 50% off through their open stock sale at www.magicsleepsuit.com! I got one of these and was so happy with it!). They also offer a 15%-20% discounts when you buy two or more! You can buy them from Amazon using these links for the Microfleece and the Cotton one and you can still get the discounts through the Amazon AND get free shipping if you have Amazon Prime or Amazon Family!

If you try this out (and I highly recommend them!) you’ll probably want 2 or 3. This way, if your little one spits up or has a blowout in one in the middle of the night, you’ll be able to quickly get them back to bed in a clean suit and get the most sleep possible!

I don’t know about you but approximately $68 for two Magic Sleepsuits to get a few extra hours of sleep is a great deal!

Thank you to the Baby Merlin Company for giving one of these amazing sleepsuits to one of my readers! 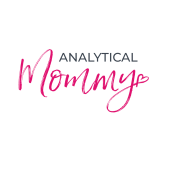 How to Treat Your Baby’s First Stuffy Nose (and all the others!)

5 Tips for Introducing Dog to Baby

Your Guide To Baby and Toddler Sleep – Routines, Tips, and Guidelines