Whether you’re the chocolate lover in your house, or one of your little ones is, I bet that Hershey’s chocolate syrup is a staple in your fridge. I know it was in mine!

It got to the point, that I started pouring chocolate syrup right into the gallon of milk to save me the step (but sometimes he still insists on inspecting it to make sure that I’m not tricking him!).

I found myself going through bottles of chocolate syrup so fast that I started buying multiple bottles in a trip to make sure that I wouldn’t run out. And… then I looked at the ingredients!

I was NOT happy about the ingredient list – particularly given the amount of chocolate syrup my little guy was ingesting daily!

After many failed attempts to wean him off the chocolate syrup or reduce the amount of syrup I was putting into his milk, I decided to find another option… Homemade Chocolate Syrup!

I scoured the internet (and by that I mean Pintrest of course!) for a recipe that included only “healthy” ingredients and was simple to make. Many tasted good, but ultimately, I created a recipe that’s essentially a combination of many others and works great for me and my family. I even called my Dad to give him the recipe because the taste reminded me so much of the chocolate milk we used to get at the diner together! (I guess they made their own… who knew?)

Here’s the recipe I’ve settled on…

(…and some affiliate links to some example ingredients in case you love to shop at Amazon like me!)

You bring the cocoa powder, sugar, and milk to a boil and then simmer for a couple of minutes while stirring. It’s really not the end of the world if you need to step away but since it can boil over, I like to stay close. You’ll notice the consistency get thicker as it simmers.

Once you’re done simmering it, remove it from heat and stir in the salt and vanilla extract. I never measure these ingredients – too much or too little won’t ruin it. But these ingredients do make a difference!

This recipe makes a pretty big batch – you can halve it or double it pretty easily as you need to but the measurements shown above is the size batch I typically make.

Then, to make my day a bit easier, I typically pour some in a gallon of milk and shake it up. That becomes our gallon of Chocolate Milk. We also keep a second gallon of milk in the fridge for cereal and anything else you might want to use milk for.

If you’ve got chocolate syrup lovers in your house, I hope you’ll try this recipe! I personally think it tastes much better than the store bought kind, and I love that I know exactly what’s going into it. 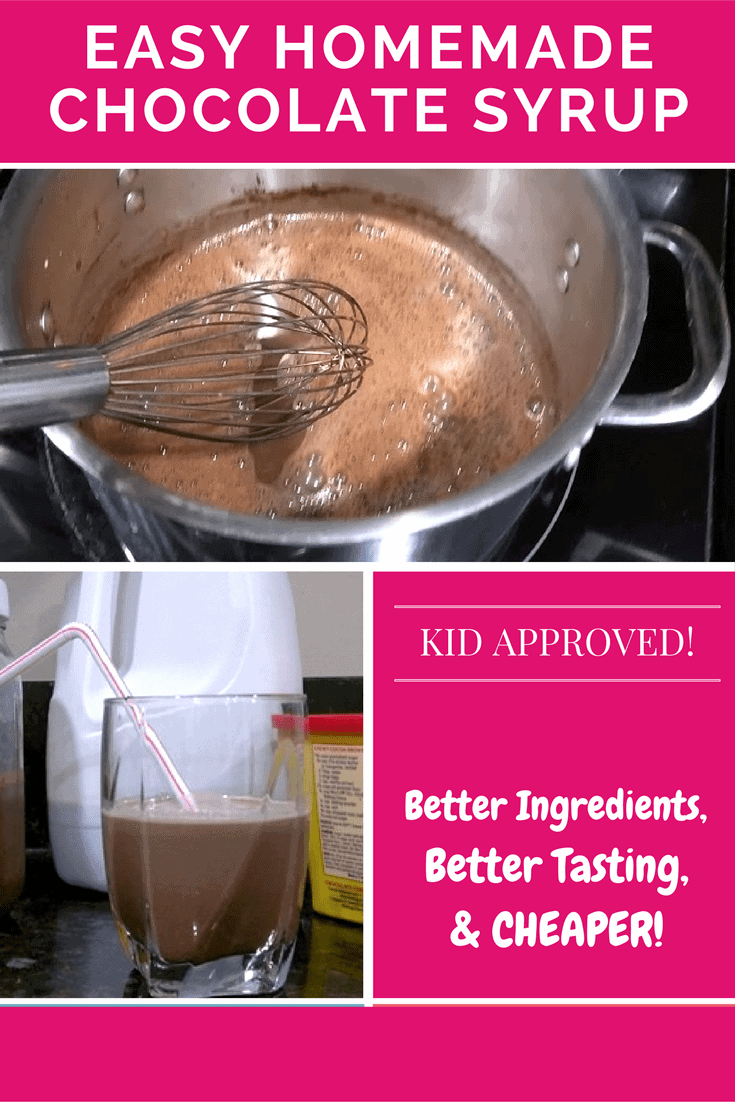 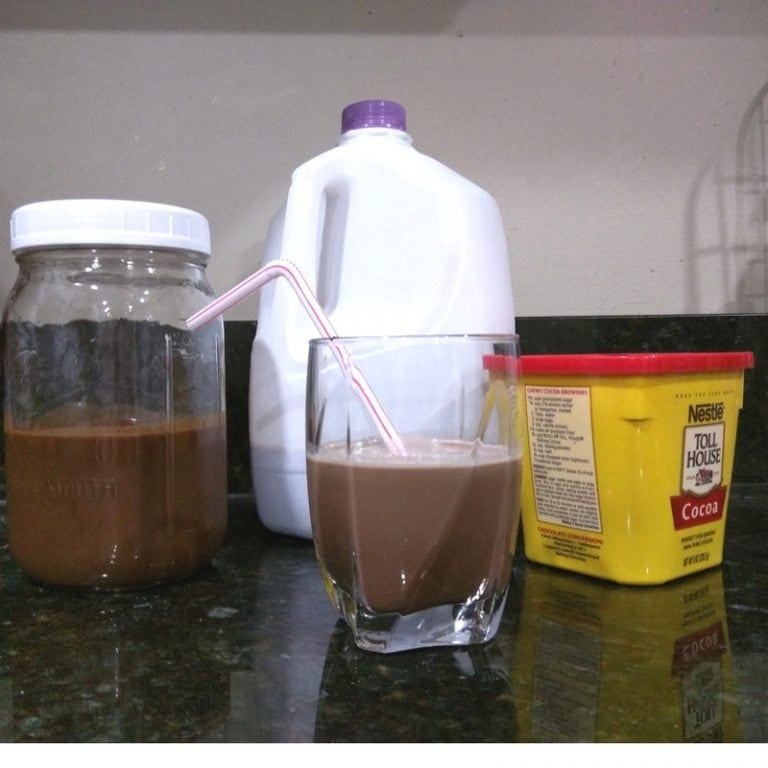 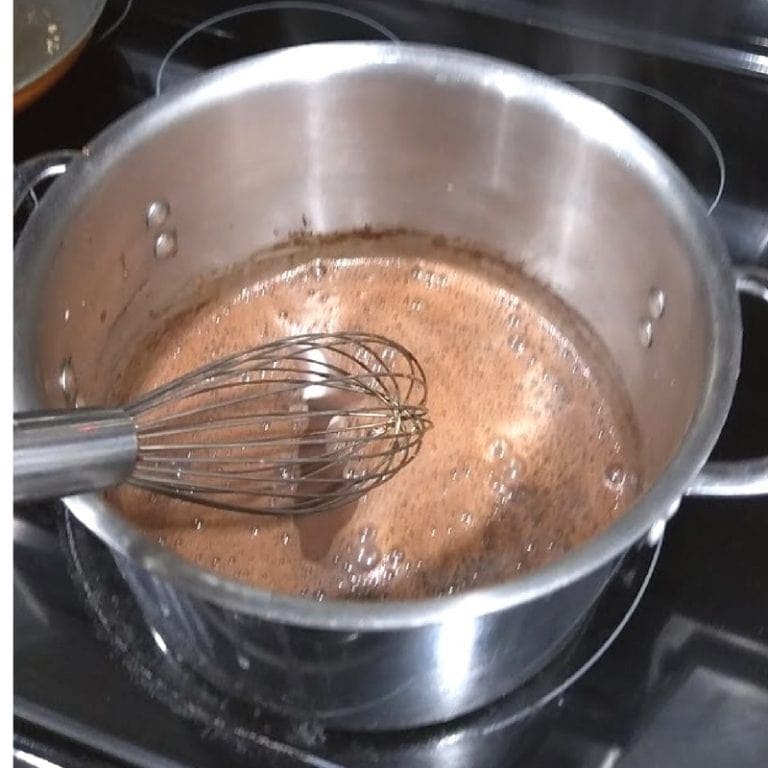 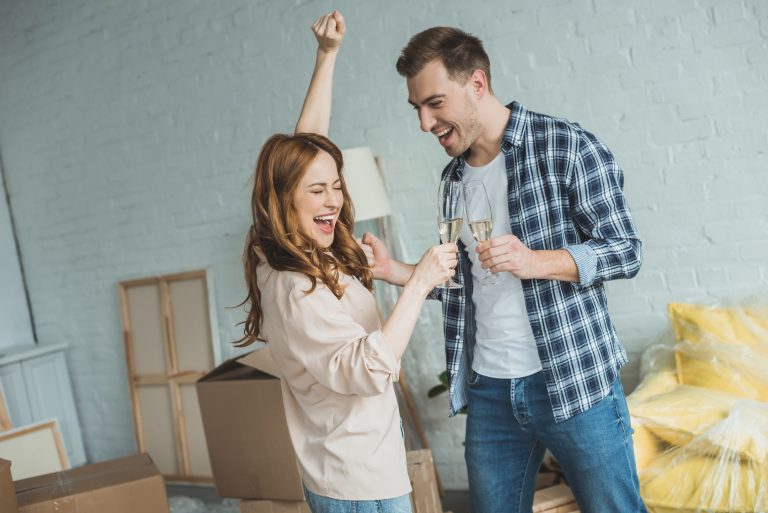 Are you looking for indoor date night ideas? Whatever your reason for needing date night at home ideas – whether it’s having a newborn or looking for something budget friendly – this huge list of fun ideas and activities will get… 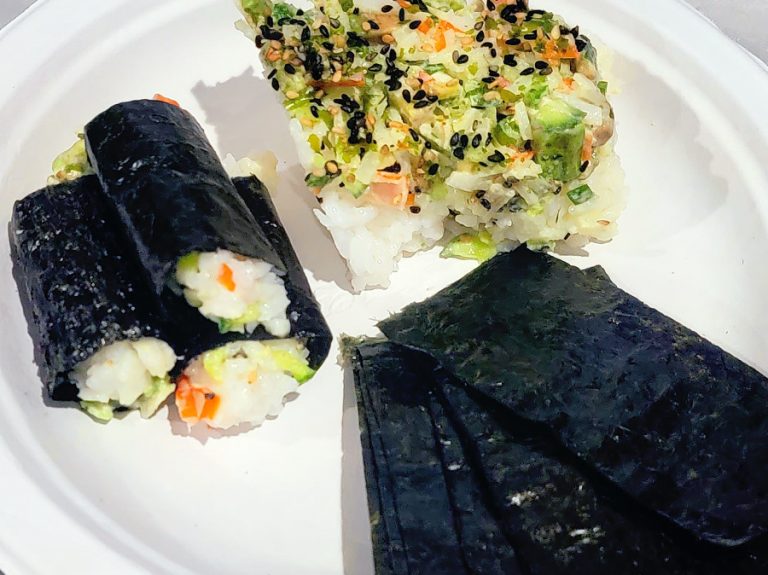 Sushi Bake. It sounds like a dish you would order at a fancy restaurant, doesn’t it? Something that’s reserved for special occasions or celebrations? But the truth is, sushi bake is something you can easily make at home. In fact, it’s… 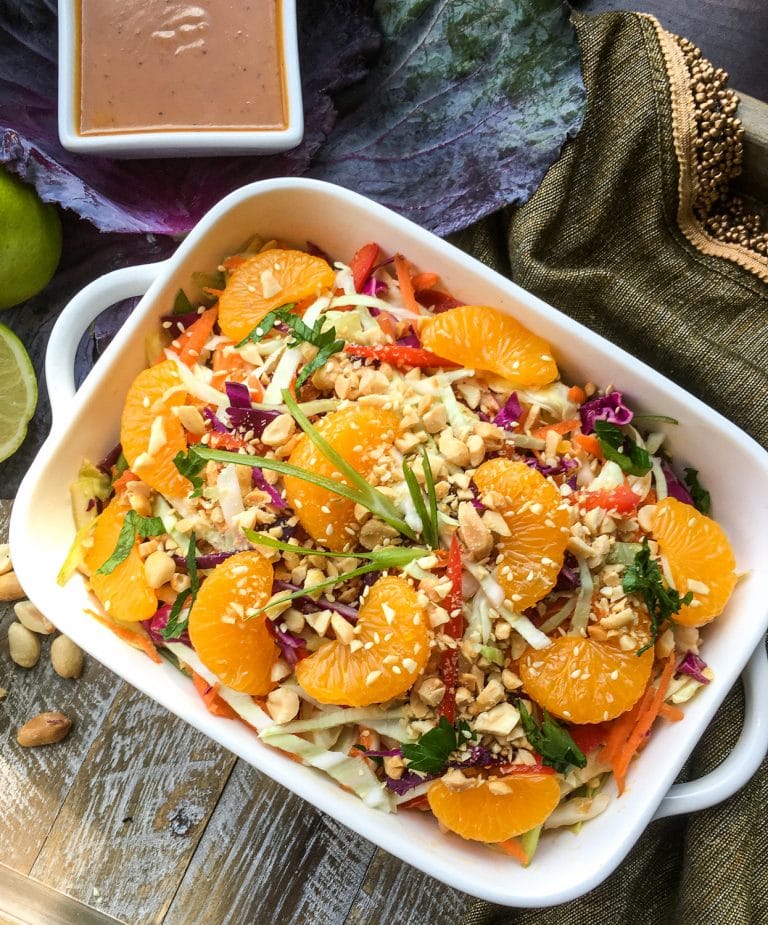 THE PERFECT QUICK AND EASY MEAL WHEN YOU WANT A SALAD THAT PACKS A FLAVORFUL PUNCH! Get ready to love this simple 30-minute meal. The flavors of this Asian Cabbage Salad are truly delicious and unique. The combination of the peanut… 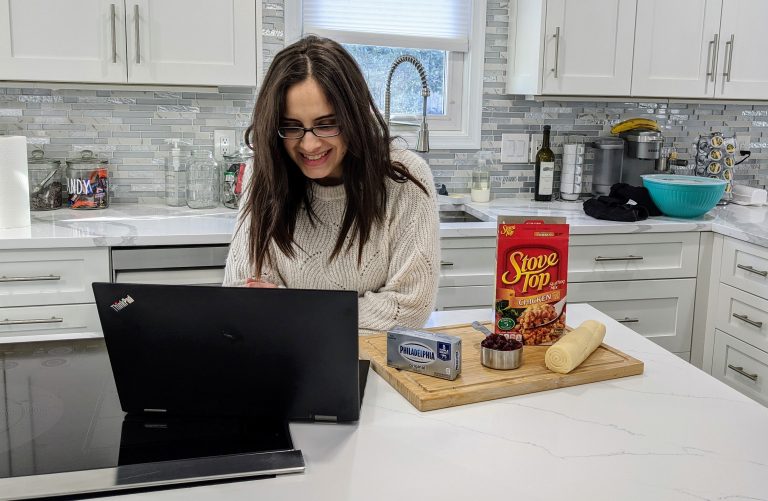 Got picky eaters? Short on time and need easy dinner ideas? This post has what you need! 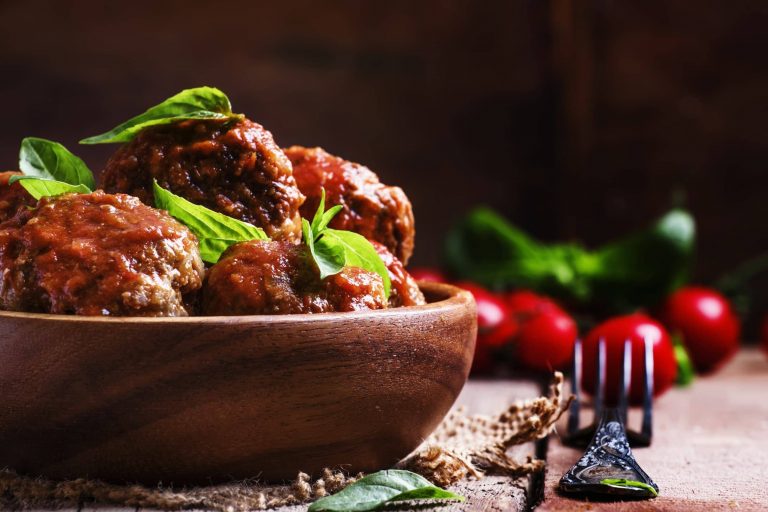 If you’re short on time and need to make something everyone will eat for dinner without complaining that’s also easy to make, then this 3 ingredients Instant pot sweet and sour meatball recipe is for you! This delicious recipe is made with just three ingredients that you likely have in your pantry and takes less than 5 minutes of active cooking time! I’ll focus on how to make this in your pressure cooker, but you can make it in a slow cooker or even on your cooktop too! Instructions for all methods included! 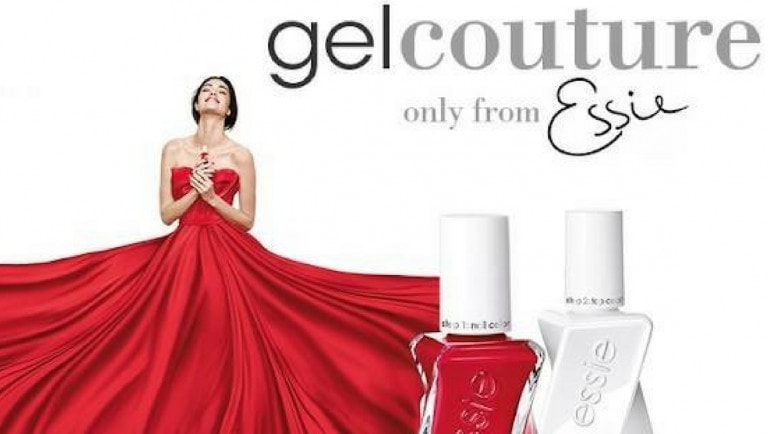 Do you  love to have your nails done? If you’re reading this post, chances are that you do! First, professional gel nail polish manicures are EXPENSIVE! Second, they take a while … who has the time or money to get professional gel… Using Photos With Your Cricut - Easiest Way To Convert PNG to SVG and Cut Files For Free (JPGs too!)